Crownpeak is pleased to announce that our new 'Publishing' engine is out of beta and is now generally available. The new engine improves publishing performance, scalability, and supportability. Also, this release includes two additional languages support for CMS UI localization along with several incremental updates to various areas in the CMS.

The new publishing engine replaces the "Classic" web service written in VBScript with a self-contained window service built completely on C# to reduce publishing latency. In addition, it comes with the following benefits:

By default, 'New publishing' will be turned off on the customer instance. However, the Customer Success representative will inform you if the New Publishing is turned on in your instance as part of the New Publishing roll-out to the entire customer base. Please get in touch with our customer success team if you have any questions.

CMS UI in Spanish and German

To support our global customers, we have added CMS UI support for two more languages, Spanish and German. This update does not impact the localization of any managed content, but rather the language of the UI itself. Picture [2] and Picture [3] 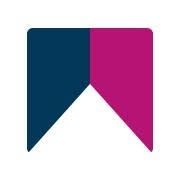